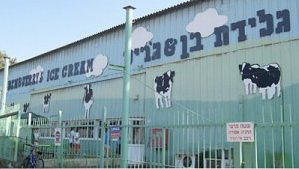 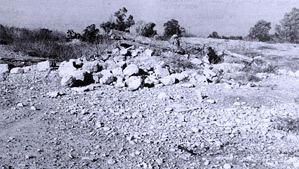 Ben & Jerry’s Israeli factory in Be’er Tuvia (adjacent to the town of Kiryat Malachi) was opened officially in June, 2010 with the blessing of the U.S. ambassador. Kiryat Malachi is one of four Israeli localities located on the lands of the former Palestinian village of Qastina, destroyed by Israeli troops in 1948.
In 1990, Palestinian researchers investigated the status of Palestinian villages occupied and depopulated by Israel in 1948. At the site of Qastina they found only bushes, tall grasses and the debris of demolished houses.

Where is Kiryat Malachi?

The Ben & Jerry’s factory is in Be’er Tuvia, adjacent to the town of Kiryat Malachi, one of four Israeli localities located on the lands of the former village of Qastina, in territory allotted to the Arab state under the 1947 UN Partition Plan. However on July 9, 1948, after Israel’s declaration of independence and the ensuing war, Qastina and its more than 147 houses were completely destroyed by Israeli forces of the Givati Brigade, and the land incorporated into Israel. (Based on information documented at https://en.wikipedia.org/wiki/Qastina, accessed December 2012). 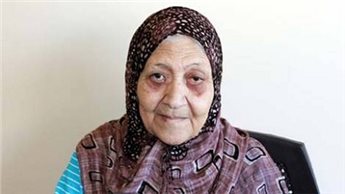 Ghatheyya Mifleh al-Khawalda was a 15-year old teenager when she fled to Gaza from her home in the village of al-Qastina, now the town of Kiriyat Malachi and site of the Ben & Jerry’s factory, during the Nakba of 1948. So this woman, a refugee living only a day’s walk from the village that she was driven from, represents a personal and tragic link the site where now the Ben & Jerry’s factory churns out ‘Peace and Love’ ice cream. Yes,they do profit from this stolen land, and yes, the Nakba was a crime, and yes, the occupation is an affront. Ghatheyya is one of generations of Palestinians in Gaza who are locked away from their land, their families and the world. Some seethe with anger and resort to violence – three people in Kiriyat Malachi died in November 2012 in a rocket attack from Gaza. Ghatheyya said, “We had a very nice house, a big house with marble floors in the hallway. My father was a farmer, and we had farmland with orange trees, apple trees, grapefruit trees and others. We were very happy.” Her life changed dramatically in 1948, when Jewish militias arrived. “Some Jewish militia members were wearing uniform and others had civilian clothes,” Ghatheyya said, “and when they arrived in the village they began firing at people, killing three villagers. We ran away, afraid for our safety, and went to Tal al-Safi, a nearby village. It was within walking distance, and we were in a hurry to leave, so we didn’t take anything with us. It was like Doomsday. It was utter terror. We couldn’t think of anything except leaving, not even simple things like bringing food with us.” After a few days in Tal es-Safi, militias came again and forced them to leave.
Ghatheyya and her family fled to Beit Jibrin to spend the night, but were followed and forced to leave again. “If you wanted to die, you stayed. If you wanted to live, you left,” she recalls. “Their main aim was not to kill us, but to get rid of us. If they had wanted us all dead, not one of us would have survived. They used fear to force us to leave our land.” The family walked along the coast until they reached Gaza.
“There were thousands of people who fled other villages, sleeping in mosques or on the street,” Ghatheyya says, and UNRWA began to build tents for the families. (From a story “Nakba survivor: If you wanted to live, you left” at Ma’an News)

Water Used by the Factory
When investigating Ben & Jerry’s business dealings in Israel and the occupied territory, we also set out to determine if the company’s franchise was benefiting from Israel’s criminal diversion of Palestinian water. Our inquiry, which included discussions with an international water consultant, led us to the tentative conclusion that Ben & Jerry’s factory in Kiryat Malachi may be drawing water from the Jordan River system and the Mountain Aquifer in the occupied West Bank, the two highest-quality water sources in the region, thus diverting it from Palestinian use.

Palestinians under occupation have been denied access to the Jordan River since 1967, leaving the Mountain Aquifer as their only source of water. A study by The World Bank determined that “Palestinian per capita access to water resources in the West Bank is a quarter of Israeli access and is declining.” This is a result of Israeli government planning and regulation.

To make matters worse, Israeli settlers in the West Bank often obstruct or disconnect the flow of water to Arab communities, while 500,000 settlers consume in total approximately six times more water than three million Palestinians. This difference is if even higher when agricultural use is factored in. Regular access to water explains why one commonly sees green lawns and swimming pools in Israeli settlements. In stark contrast, throughout the year, but especially in the summer, Palestinian cities and villages are denied continuous access to water, sometimes for weeks on end. This gross injustice is aggravated by Israel’s policy of denying permits to Palestinians to drill new wells or rehabilitate old ones.

By manufacturing in Israel and marketing in the occupied territory, Ben & Jerry’s is a willing partner to a water system that is grossly inequitable, transgresses international law, and denies Palestinians their fair share of the Mountain Aquifer and the Jordan River. Please see Our Report for more information on Israel’s water crimes in the occupied territory. 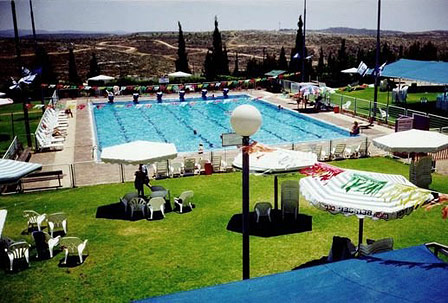 Swimming pool in lush, irrigated surroundings of the West Bank settlement of Ariel. 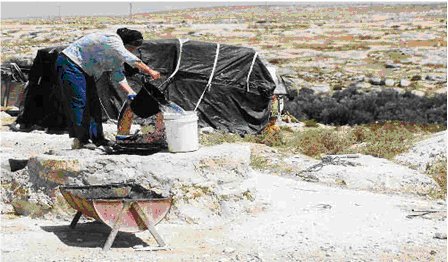 “Water is life; without water we can’t live; not us, not the animals, or the plants. Before we had some water, but after the army destroyed everything we have to bring water from far away;… They make our life very difficult, to make us leave. The soldiers first destroyed our homes and the shelters with our flocks, uprooted all our trees, and then they wrecked our water cisterns. These were old water cisterns, from the time of our ancestors. Isn’t this a crime?”

Fatima al-Nawajah, a resident of Susya, a Palestinian village in the South Hebron Hills, in the West Bank, to Amnesty International, April 2008.